a selection by Tenzing Barshee 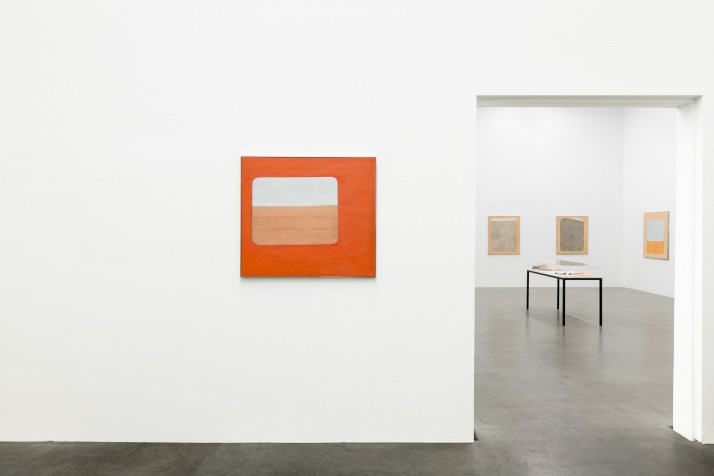 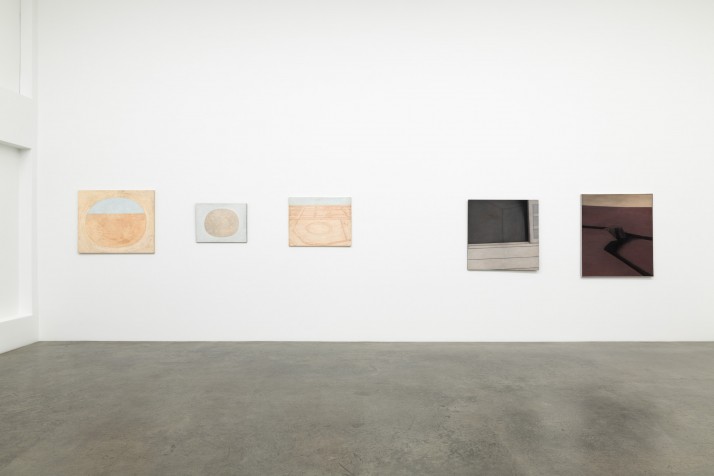 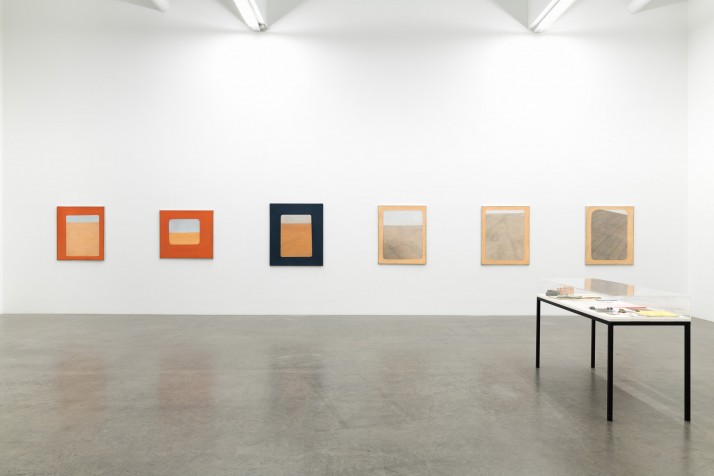 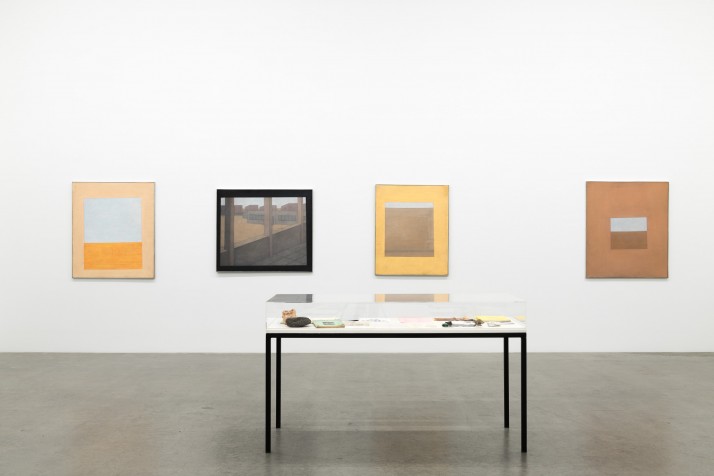 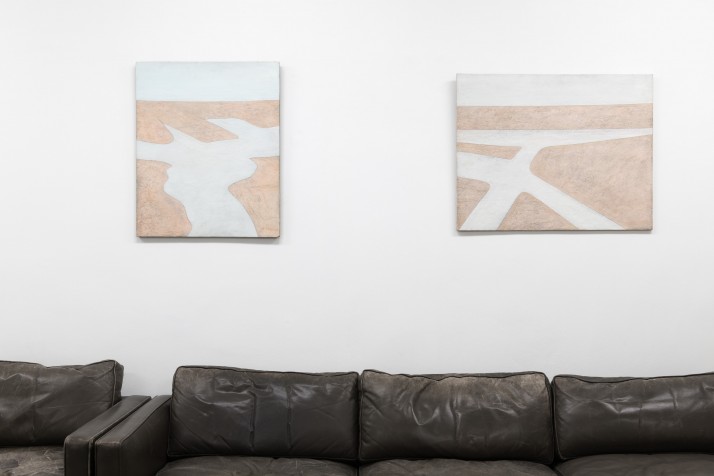 The selected paintings were made over the second half of the 20th century. In post-war Europe, London-based artist Adrian Morris (1929 - 2004) was an invested observer of technological progress (eg. space flight) and the plight of life in and around human societies. During this time, he developed a concise body of work that projects utopian and apocalyptic visions alike and, as such, comments as much on modernity’s trauma as it venerates its outlook.

Adrian Morris’ curiosity revolved around the distribution of images and their reproducibility. He studied different types of news photography, mostly aerial or architectural shots found in newspapers and magazines. The photographic materials became points of departure in many of his paintings. He set out to arrest the impression that an image might leave and by turning it into a physical reflection, a barely abstract painterly object. Although Adrian Morris made his works—in the tradition of abstract painting—as flat, literal physical objects, they often reflect the subjects from which they were sourced. “In both the substance of his works and in what they depicted,” Merlin James recognizes a material reality that “undercut any fantasy or mystification”1. While some of his work alludes to diaspora and similarly deep societal shifts (eg. labor or refugee camps), other motifs include bodies of water (irrigation trenches, waterreservoirs, etc.).

In his youth, Adrian Morris met painters like Masson and Tanguy in the United States. Temporarily, it seemed he found inspiration in Surrealism. In direct reference, some of his earlywork looks like fantastic dreamscapes and, more interestingly, early on he already painted windows or apertures, which would become persistent motifs in his maturing practice. In more than one way—from architectural renderings to voided places—his work, mostly emptied of figures though reminiscent of a human presence, acts as a reminder of de Chirico’s deserted piazze.

The view through a framing device evokes different echoes from Suprematist painting to Duchamp’s Étant Donnés. In Morris, we’re looking through porthole-like apertures (or onto screens) at landscapes that not only appear to be uninhabited but, maybe, are no longer inhabitable. To this degree, the depictions are inexplicit and, possibly, incomplete, suggesting a condition of reality that remains provisional. The built-in frames anticipate the connection of painting and its surroundings and, as such, embed a moment of self-reflexivity or a contextual reflexivity of painting itself. Like this, much of Adrian Morris’ work not only becomes a commentary on the act of seeing but on the idea of otherness or whatever is captured by a viewfinder or someone else’s eyes. In the end, the framing device did offer Adrian Morris an opportunity to encapsulate meaning in an otherwise monochromatic space.

This is the first time that Adrian Morris’ work is made public to such an extent and the first time it is being shown outside of the UK. Recently, his work was the subject of exhibitions in London at Le Bourgeois, curated by Matthew Pang, Jacques Rogers and Catherine Österberg, and at LONDON (with Carol Rhodes), organized by Matthew Richardson, and in Glasgow at 42 Carlton Place, organized by Merlin James and Carol Rhodes. In 1978, the Hayward Gallery, London, included a generous presentation of Morris’ work in its seminal survey.