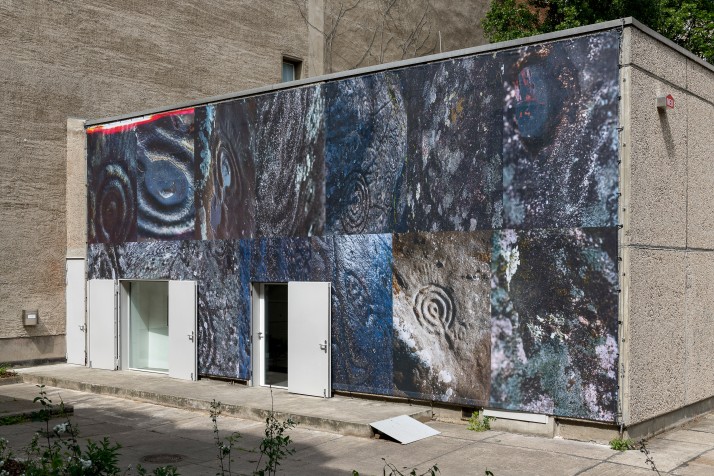 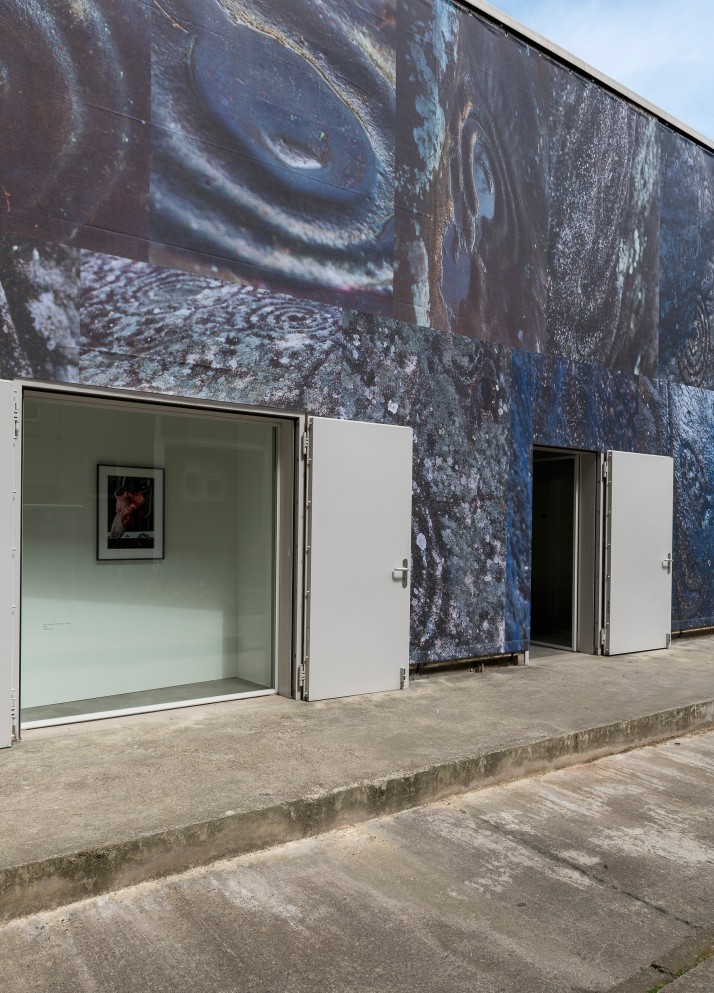 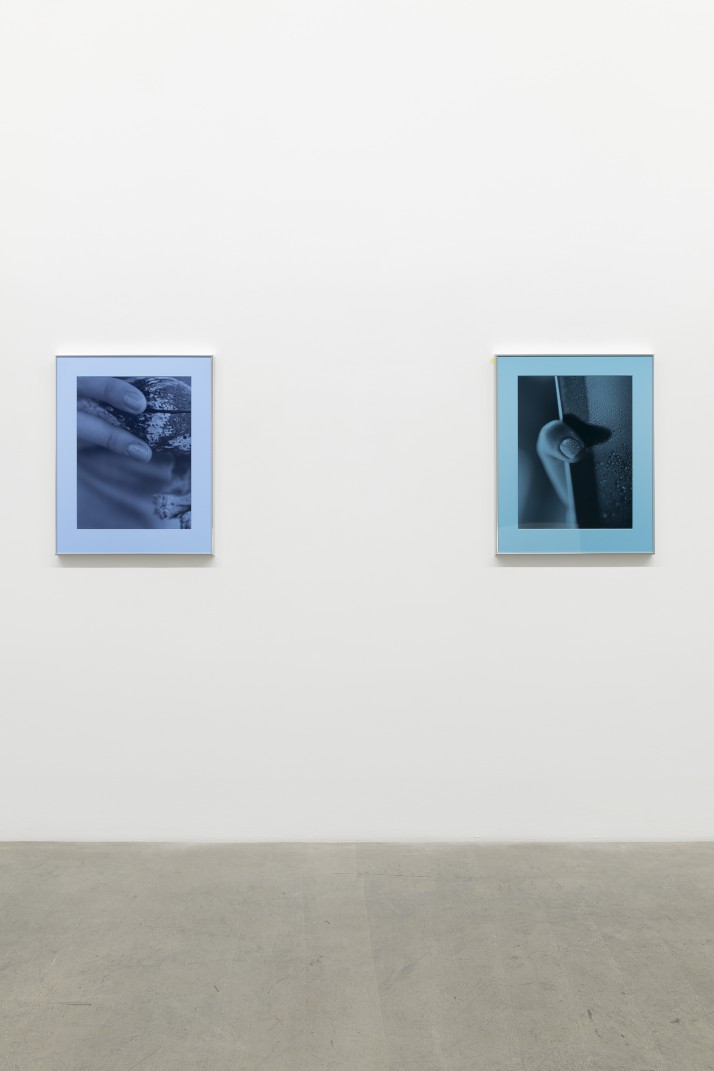 There is no pretending that ‘Exterior, Night, Day’ is the same exhibition that had been originally discussed between Josephine Pryde, and Galerie Neu’s Alexander Schroeder and Minnie McIntyre, during a studio visit in January 2020.

Should a virtue be made of its re-arranged elements, however? The plans for the exhibition doubtless would have altered between January and June anyway, even without the emergency of the pandemic arriving. What now emerges as ‘Exterior, Night, Day’ places language firmly at the centre of its concerns, even as new relationships form to the work’s time and location.

Moving a set of images of prehistoric rock carvings onto a banner with which to cover the front facing façade of the gallery was one way to bring part of the exhibition into the open air. Added to this, the large ground floor window could be re-framed as a kind of shop vitrine, in which a single, separate photograph, inspired by a painting hanging in the Art Institute of Chicago, would be displayed for viewing from outside.

Finally, Pryde extended her series of Hands (Für mich) photographs with five new prints of black and white images, framed behind filters of coloured plexiglass. These would be installed inside, together with other works from the series, depicting hands in contact variously with drift wood, electronic devices, and the human chest. A buffer space remains between these photographs and the exterior, at once linking them to the front, while also consigning them for the time being to the rear of the gallery building.