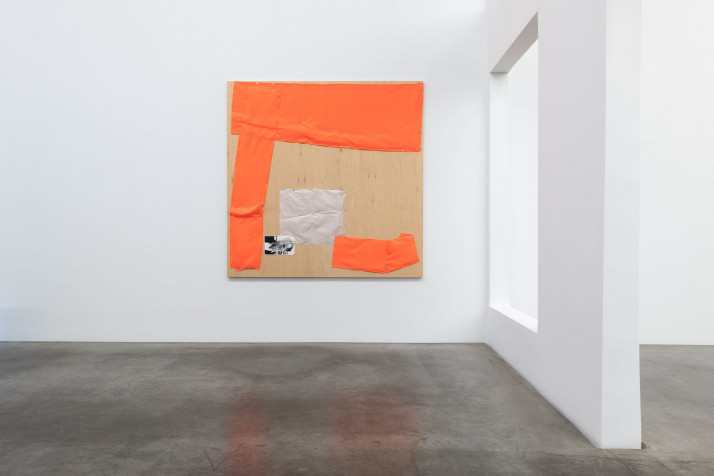 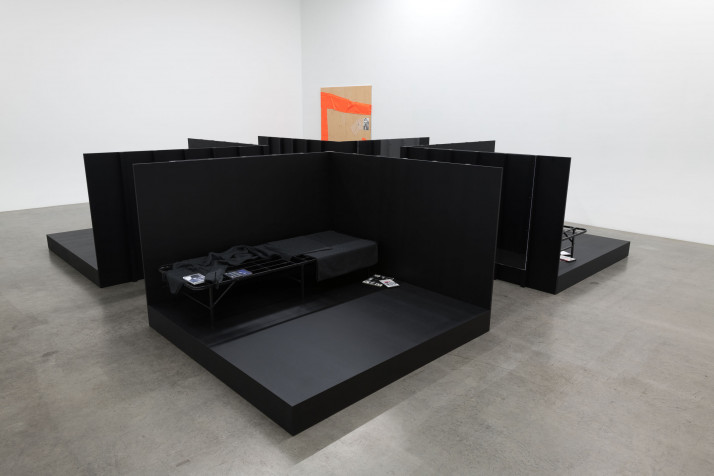 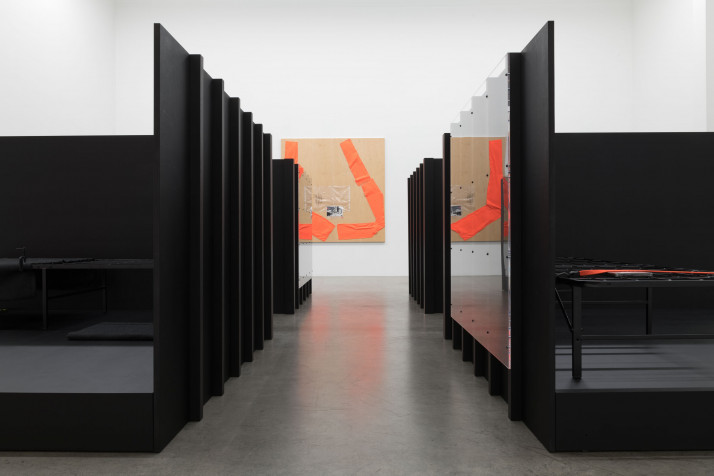 The view of the Atlas works is, at times, partially obstructed by the presence, at the center of the main room, of a new large sculpture, CONFIGURATION (NEXT) GENERATION (2022).

With their open sides facing outwards, the space between the cubicles forms a crossway. The low corridor walls are in part mirrored through the presence of  transparent plexiglass panels, interrupted by the vertical studs that support the walls, allowing viewers entering between the cubicles to look inside while their lower bodies reflect in the mirrored surface.

In each cubicle, a single bed metal frame placed alongside the wall suggests a tension (and collapse) between institution and domestic spaces: spaces of personnal intimacy, of control and (self)surveillance, of discipline and security combined where bodies are repetitively positioned and isolated. Scattered on the platforms are objects (DVDs, books, blankets, etc) chosen for their subject matter based on the artist’s concern with issues surrounding psychology and control, gender, sexuality and politics.

By directly inserting elements of subjectivity, desire, and poetic story-telling into the tight formal language of minimalism and conceptual art, Burr produces complex aesthetic metaphors for abstract political themes such as (in)visibility, privacy, control, and resilience.

With a particular attention to methodologies and dialogue with past works, the works presented here at Galerie Neu have been conceived over the past year within the specific physical and conceptual framework of Burr’s ongoing Torrington Project, a space occupying an expansive former factory building in Torrington, Connecticut, where (re)configurations of his works of the last three decades and site-reflexivity generate present and future ideas.